Indian Railways (IR) is India’s national railway system operated by the Ministry of Railways. It manages the fourth largest railway network in the world by size, with a route length of 67368-kilometre (41861 mi) and total track length of 121407-kilometre (75,439 mi) as of March 2017. I travelled a lot on trains in India since childhood discovering most of India – My first love of trains and romance of train journeys (especially non-routine, mountain, forest & special route railways) started with Indian Railways and continues today as with the Railways from around the world !

The smaller railway viaduct near Thane in 1855

The longer railway viaduct near Thane in 1855

IR is a major shareholder in 16 public sector undertakings (PSU) and other organizations that are related to rail transport in India. Notable among this list include :

The Nilgiri Mountain Railway, which uses one of India’s few running steam locomotives

Indian Railways is a vertically-integrated organization that produces majority of its locomotives & rolling stock at in-house production units, with a few recent exceptions

The repair and maintenance of this vast fleet of rolling stock is carried out at 44 loco sheds, 212 carriage & wagon repair units and 45 periodic overhaul workshops located across various zones of IR 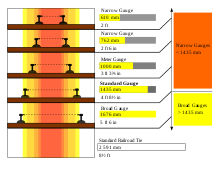 Comparison of gauges in India with the standard gauge

Rail links between India and neighboring countries are not well developed

CHINA,  SRILANKA : No rail link exists with either China or Sri Lanka 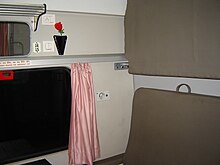 Interior of a first-class compartment on the Rajdhani Express 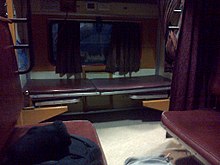 Interior of a three-tier compartment

Inside an Indian Railways Sleeper Coach 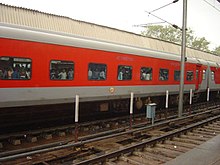 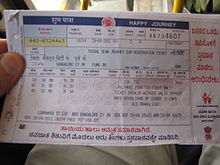 Tue Nov 5 , 2019
The Konkan Railway (abbreviated KR and कोरे) is a railway operated by Konkan Railway Corporation Limited, headquartered at CBD Belapur in Navi Mumbai, Maharashtra. The first passenger train ran on Konkan railway tracks on 20 March 1993 between Udupi and Mangalore. The 741 km (461 mi) line connects Maharashtra, Goa and Karnataka states in India. The first train on the completed track was flagged off […]