Teatro La Fenice (“The Phoenix”) is an opera house in Venice, Italy. It is one of “the most famous and renowned landmarks in the history of Italian theatre” and in the history of opera as a whole. Especially in the 19th century, La Fenice became the site of many famous operatic premieres at which the works of several of the four major bel canto era composers – Rossini, Bellini, Donizetti, Verdi – were performed. Venice is my favourite place on earth and consider the greatest MAN MADE STATIC WONDER – and LA FENICE is the ultimate ! I love italian Opera arias very much ! 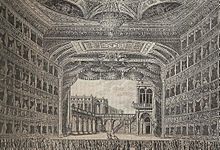 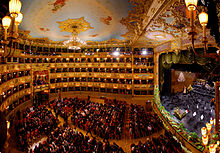 Detail of the decoration

Describe the Facade of ´´La Fenice´´ 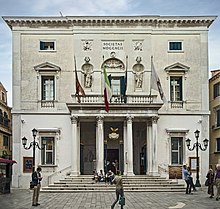 Describe the Foyer of ´´La Fenice´´

Part of the Foyer of La Fenice

Describe the House of ´´La Fenice´´ 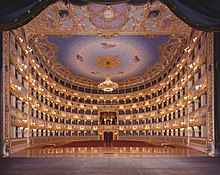 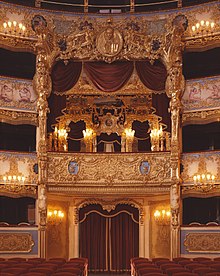 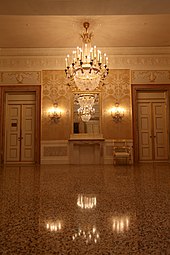 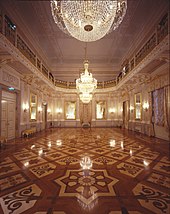 The Sala Grande or ballroom is the main room of the five Sale Apollinee, lit by three windows in the middle of the entrance facade